We live in a home that is a wood-framed, solidly constructed house, built in 2000 on the rails where a 1970’s single-wide trailer used to stand. Our neighbors are trailers, mobile homes, vinyl siding, white skirting, men standing on their porches smoking cigarettes into twilight.

As much as I had never considered living in a trailer park growing up, as much as I winced a little when we bought it and repeated to myself this is temporary, this is temporary, I have been astounded by how well it has grown on me. The people are kind and let us keep to ourselves as we please. My children have friends to share their swing set and hula hoops. Our home is, well, homey.

Truth is, we don’t have to live here. We can afford to live elsewhere, but why be house-poor or saddled with a giant mortgage, when we have all that we need – in this moment – right here?

And then, Tuesday happened.

As I stood at the kitchen sink and poured my morning coffee, I saw police cruisers down the street, in front of the home of a man I know as a father at the bus stop. The man’s father, who lives down the street, was sitting in his wheelchair, talking to an officer.

In the afternoon, on a walk around the block with the children, cruisers were still there, caution tape was up. The house was cordoned off.  By dinnertime, there were police carrying out mattresses, going through the man’s truck in the driveway, gloves on.

Last night, the back of the road was cordoned off. More police. Reporters. State crime unit vans. The man in the wheelchair and his dog.

We arrived home from a trip to the store and the curiosity was just too much. We, who keep to ourselves, who smile and nod and wave, who chat politely at the bus stop but otherwise, keep to our own little house – we walked down the street with the sole purpose of talking to our neighbors.

The man – the father to a seven year old, the son of a man my neighbor in the wheelchair – dead. They cannot find the weapon.

Last night, after nearly 48 hours of this circus in my neighborhood, the first article appeared online. It cited nothing specific about the man or his family. Untimely death. Potential homicide. Address, the words trailer or trailer park. And there, at the bottom, it listed the cost of the man’s home. Less than what many people pay for a new car.

And I thought, really? Is this necessary? Is this reporting? When someone dies in a nice suburban neighborhood, do they usually cite the year and cost of their home purchase? (I did a quick search for recent local homicides and did not find housing purchase information, from the same reporter.) Was this the reporters attempt to separate himself and the readers from the tragedy – oh, don’t worry, folks, it’s a low-income, trailer park crime. 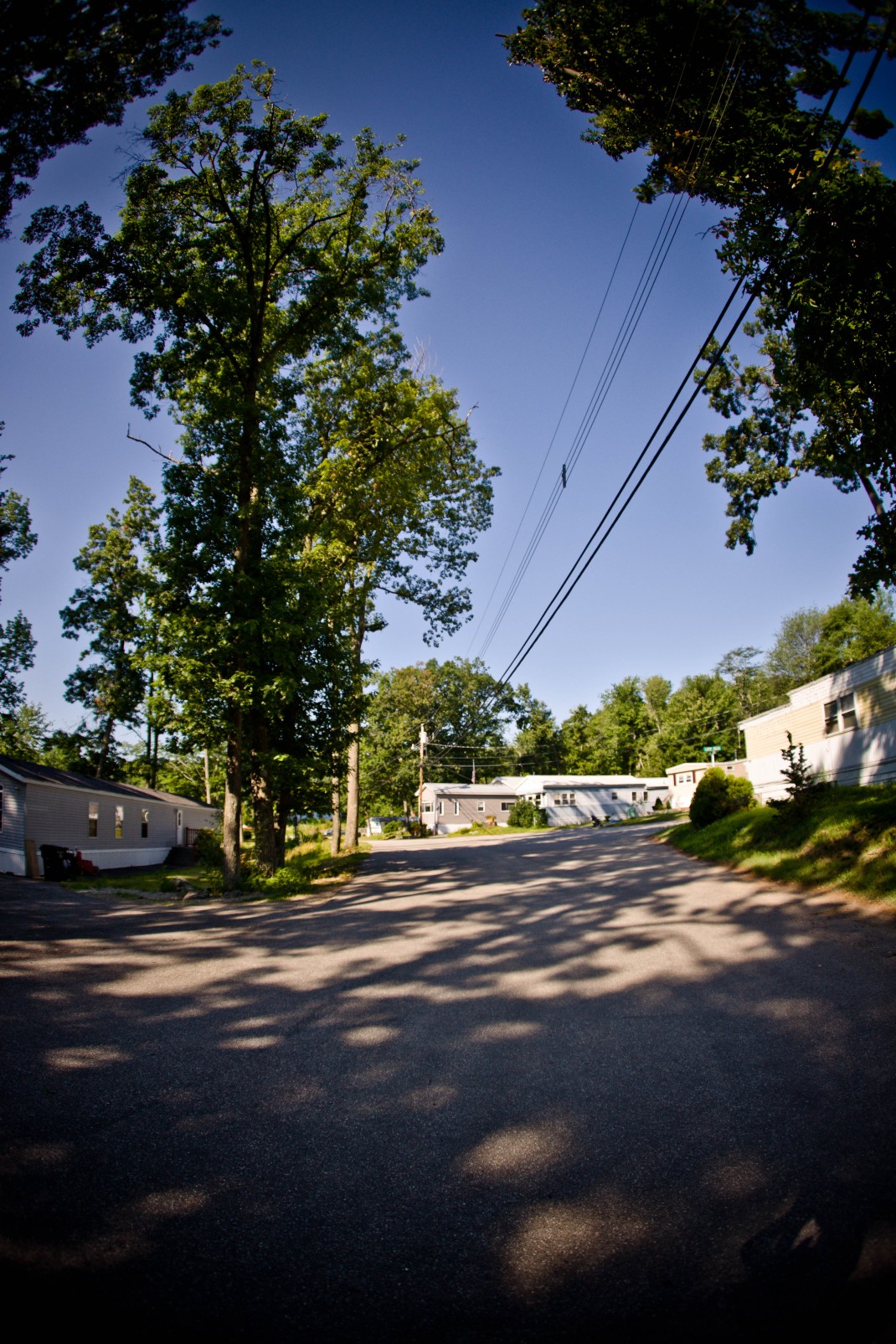 The scene of the crime, caution tape all down now, is the furthest house back.

To the outside world, to the world who only sees the Mobile Estates sign at the entrance of our neighborhood – this is a trailer park, with all of the imaginings of mullets and trucks up on cinder-blocks and A-frame t-shirts. (Most of which are false, though Vinnie and I still like to make jokes.) And to the reporter who penned the initial story, perhaps this was all that he had to work with.

It is, essentially, one of the only truly universal things that we all share. We are all just one senseless night, one random act of violence, one driver asleep behind the wheel or malignant tumor away from our final earthly fate.

And so when my time comes, if the news reporter feels the need to include something as insignificant and untelling about who I was as a person, mother, wife, and friend – as how much my silly little house cost – please, don’t believe the story. I am worth more than my mortgage – and this man was too.