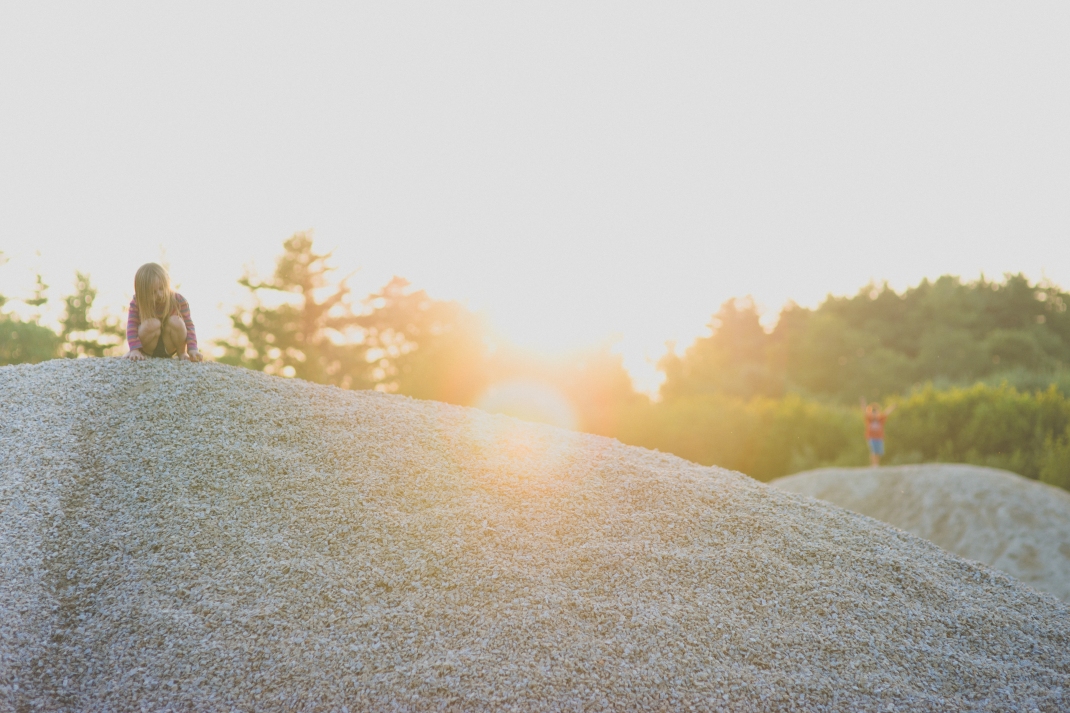 I’m totally not cut out for it.

A friend says to me, over the modern version of getting together for coffee, Facebook messaging.

She’s typing, in her kitchen (I imagine) and tells me that she has two children on her body in some way or another at the moment, and another asking why she isn’t up and making her something to eat. Right. Now.

Here, in my own space, I am sitting on an unmade bed, sipping coffee in a room filled with boxes waiting to be filled (moving) and with an editing queue waiting to be hacked down to a manageable, less-ulcer-inducing, length.

I have Etsy up in one window, where I’m certain I’ll find the most perfect coffee canister ever, to match a recent vintage sugar bowl find, for the house we haven’t moved into yet,  and the thread of our messages in another.

My daughters are bickering over what makes someone an aunt and why an off-the-shoulder dress is cuter than a halter, and why can’t Evaline just concede that Lila is right? (On both counts.)

Asher is whining because he slept through screen time and now is forced to play or read or go outside. (But, the other kids got to watch a show!)

And, here, sitting, unshowered, in a house that is not clean, with children who are a various states of disappointment and frustration over their own lives, skimming over online retail therapy as a form of distraction, I read my friend’s message and I nod.

She’s not talking about motherhood.

She’s not talking about any actual lack of physical or mental ability to do what needs to be done.

She’s talking about the toll that it takes, being with all-the-children, all-the-time.

Hours later, I’m standing at a picnic table on the edges of what appears to be a summertime mecca for people under four feet tall. A splash pad.

It is what looks like a thousand shining, wet, screaming little bodies, shrieking from one water spraying spout to the next. My kids are in there, somewhere, wriggling among the bodies, adding their own screams and squeals to the chaos. Alex emerges from the watery jungle, lugging Evaline up on his hip, as best as he could. She’s crying. He wants to go back and play.

She stops crying and runs back after him.

I pace the picnic table and count the minutes until I can ask them to leave (but without looking like a mean mom who didn’t give them ample time to play.)

When the time comes, I find Asher first and then Alex and Lila, but lose them each one at a time, to a fountain. Across the pad, I see a screaming child in a pink tutu, lifted in the arms of another mother.

I know she’s fine, I recognize the cry. She’s not dying. She is not injured. She does not need to be picked up. I let go of Asher and he slides off easily, happy to have me distracted, while he splashes onward.

The mother hands her to me, and she, along with two friends of hers all ask, is she okay? with (what I interpret to be) disapproving, why weren’t YOU the one to rescue her, looks.

Her pink tutu bathing suit soaks through my t-shirt and she asks for ice cream.

On the way home from the splash pad and ice cream, we need food for dinner.

Unfortunately, a local grocery store chain is in a kerfuffle at the moment, and so, ALL of the people in ALL of the world, appear to have converged here at Hannaford, where it takes me three minutes just to navigate myself to a carriage to put my now sleeping child down.

Of course, my three oldest children have to go to the bathroom. Alex volunteers to keep an eye on them and meet me by the dairy case.

Seven minutes later, standing by the butter and cheeses, with a carriage full of cereals that Evaline got to choose out all by herself, no influence of her siblings…and I’m waiting. A call comes over the loud speaker. Is there a Melanie in the store? Please come to customer service.

Oh, look at this overwhelmed mother. Look at this woman who can’t keep tabs on her children.

She’s not cut out for this.

At home, Vinnie is working late. The kids help boil lobster and I work on a makeshift farro risotto.

I clean dripping bowls of lobster juice, green slimy goop,  crushed pieces of shell.  In an attempt to remind myself to enjoy these moments – a summer day of playing outside and ice cream cones and lobster – I take pictures. Because, quite frankly, I’m too tired to actually be here, now.

I’m not cut out for this.

I’m in the throws of three-year-old angst, fits over to-wear-pants or to-not-wear-pants. Battles over pooping in the toilet and who gets to flush it. And why can’t she have a sippy cup anymore?

The rest of the kids continue to spiral around me too, each in their own orbit. Fashion designing. LEGO building and not sharing. Misfit feeling can-you-read-to-me-again middle child existences.

I read an article about zen parenting, about consciously breathing through the moments that are crushing you. It’s about when you’re at wits end with your children, still managing to demonstrate practical, real-life applicable strategies for your them as they encounter difficulties in life.  Don’t yell. Adults don’t yell at each other when conflicts arise. Adults talk. Adults function without flipping out at one another, so we should do the same with our children.

It’s an article about being gentle, about putting dollars in a jar every time your child catches you starting to lose your temper.

And I don’t disagree with the premise. I try not to yell.

But, I’m not dealing with adults who can reason. I am dealing with little humans who don’t stop on a dime when I gently call their name as they wander too close to the water’s edge or to a busy parking lot.

They stop, when they hear the sharpness in my voice.

I can be calm. I can be conscious. I can be here and now and patiently breathing through the moment.

An egg wobbly rolls and falls from the counter. I can breath in and out and wipe up the yellow yolk with one hand.

I can be so far inside my own head that I am like a statue, staring out into a room of children collapsing in various states of end-of-summer catastrophic meltdown.

Breath in. Let the waves of shouting wash over my skin.

Breath out. Let the couch cushions fall where they may.

I can be the mother who doesn’t raise her voice, and instead waits and waits and waits for her children to finish what they’re doing atop mountains of dirt and gravel, when she has asked four, six, eight times, for them to come down. Precious minutes of her day unwind all around her, irretrievable, wasted.

I can be a zen-type mother.

I was her last night.

I stood. I waited.

My children took their time doing what I had asked of them, kindly, close to a dozen times.

I was patient. I did not yell. I breathed. I sighed.

And it was awful.

I walked to the car, pausing every two or three strides to make sure that my three-year-old (who refused to be carried) was not dawdling in the parking lot. And I choked back tears of defeat as I started the car.

I am not cut out for this.

Please don’t tell me that I was just doing it wrong.

Please don’t tell me that being a zen mother requires more than I was giving.

Sometimes, the last thing that I need is another meme to tell me that Peaceful Parenting > Whatever I’m doing.

Sometimes, the last thing that I need is to hear my voice over the loud speaker, calling me out in public.

Sometimes, the only thing I need is children, who don’t wake me up first thing in the morning to mediate a shouting match over a game of Skip-BO, who don’t slam doors or pout when I won’t let them pull out all of my pots and pans to play chef with the leftovers from lunch.

Sometimes, more than zen-like peace, I just need children who come down from their mountains and obey me at my first calling.

Because, I am important, too. And my time? It’s important too.

My needs are important, equally so, to my children’s. And I do them no favors by hiding my emotions, or by focusing so hard on remaining calm and quiet in the face of the cacophony of their childhood, that I essentially, disconnect

From them. From everyone.

And so the balancing act continues.

No dollars in jars for slipping up.  Just small moments to acknowledge that whatever I’m doing, however cut out for it or not I think am – this is where I’m at. One messy house, one noisy splash pad, one drippy ice cream cone and grocery store breakdown, one slow parking lot walk…to the next.

We’ll get there eventually, wherever it is that we’re headed.