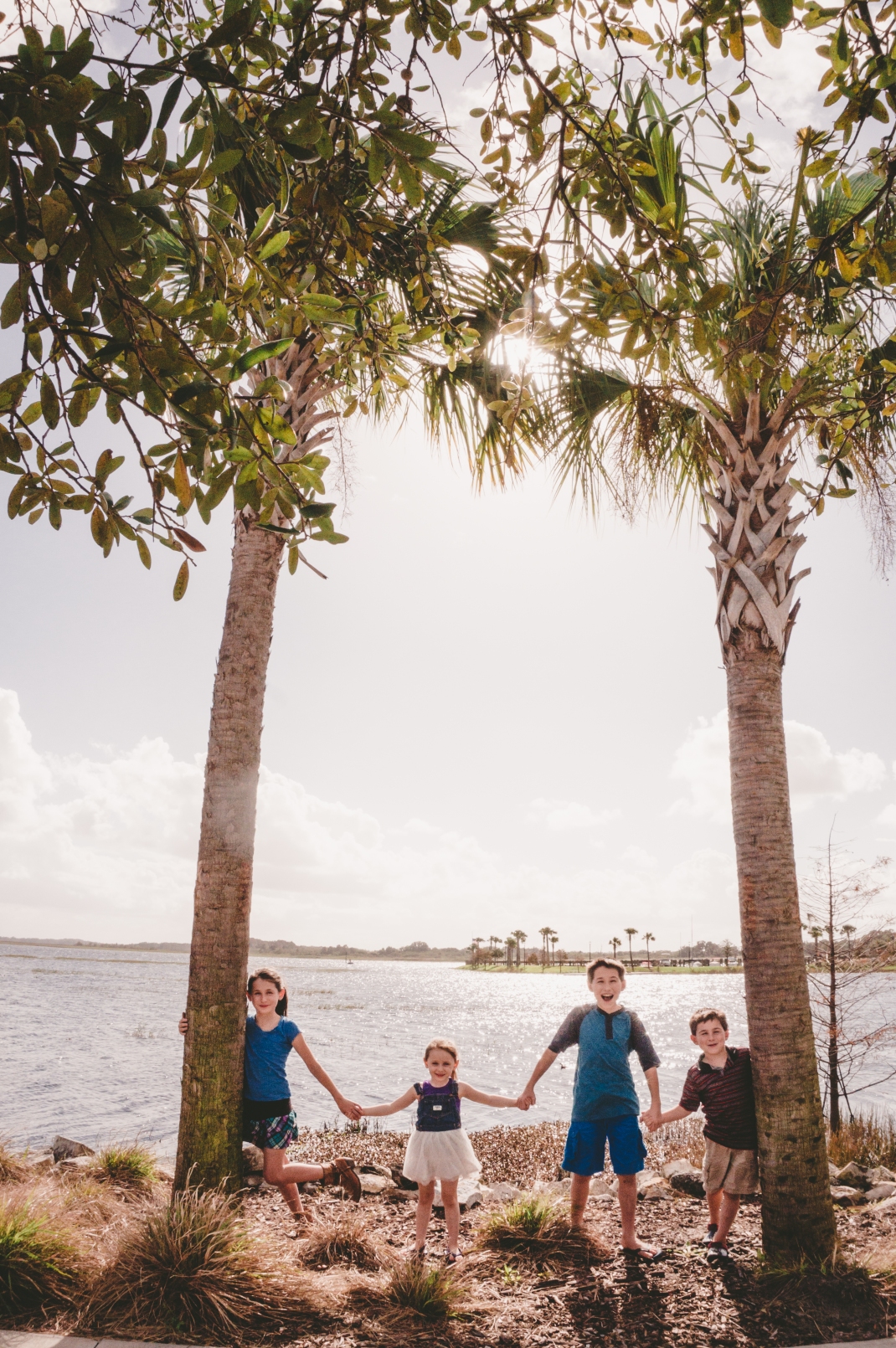 Sometime in the frozen tundra of last winter – way, way back in a Once Upon a Time land, where I waited by the window for my husband to come home from work and had anxiety over babysitting arrangements for each and every wedding or portrait session, where we lived by an alarm clock and jobs that bungled our time together, where we had more than we needed, but far less togetherness – there, in that otherwise comfortable nest of a life, Vinnie and I booked a family trip to Disney World.

Fast forward eight months, a major job loss and the heart of the holiday season, and there we were, the week after Thanksgiving, packing up our van and driving 1300 miles down 95, to the happiest (and arguably, the priciest for a family of six) place on earth.

I hardly wanted to even speak of our plans aloud, because of how irresponsible it felt to be doing such an extravagant trip, to have spent so much, when we are now living by different means.

In the weeks before the trip, I squeezed in every last portrait session I could, I edited until my eyes ached, I said “no” to no one. The day that we left, I taught two writing classes, did a portrait session, came home to (finally) pack, then slumped into the passenger seat and we drove off under the cover of night.

The first day, I edited as we drove. I focused on the screen until I was carsick, as though, somehow, I could make it okay to be going away, so long as I was still keeping up with all of the things that I needed to do, so long as there was work involved. I squinted and adjusted contrast on wedding portraits with laser focus, as though, because of the happenings of this year, we didn’t deserve such a trip and I needed to keep…on…working. Or, perhaps I felt that after our road trip in August, we didn’t need one (despite the fact that the August trip was largely work related for me, shooting two weddings out of state.)

In the days before we left, someone told me that they’d never want to go to Disney. They would never want to stand in lines all day for rides, or spend so much money on such an experience.

The words chewed at me as we drove, as I edited.

But…it’s an experience,  I tried to tell myself, tried to tell this person I was arguing with, who couldn’t hear me, and whose mind I probably couldn’t be changed, regardless. (Crop. Straighten. Highlight.) And, we don’t really wait in long lines. (Darken exposure.) And there are so many things to see, to taste, to do. (Cull. Cull. Cull. Brighten. Contrast adjustment.) And the looks on the children’s faces…

The second day, we stopped for a gas and bathroom break, in a place I remembered from my own childhood trips down 95. 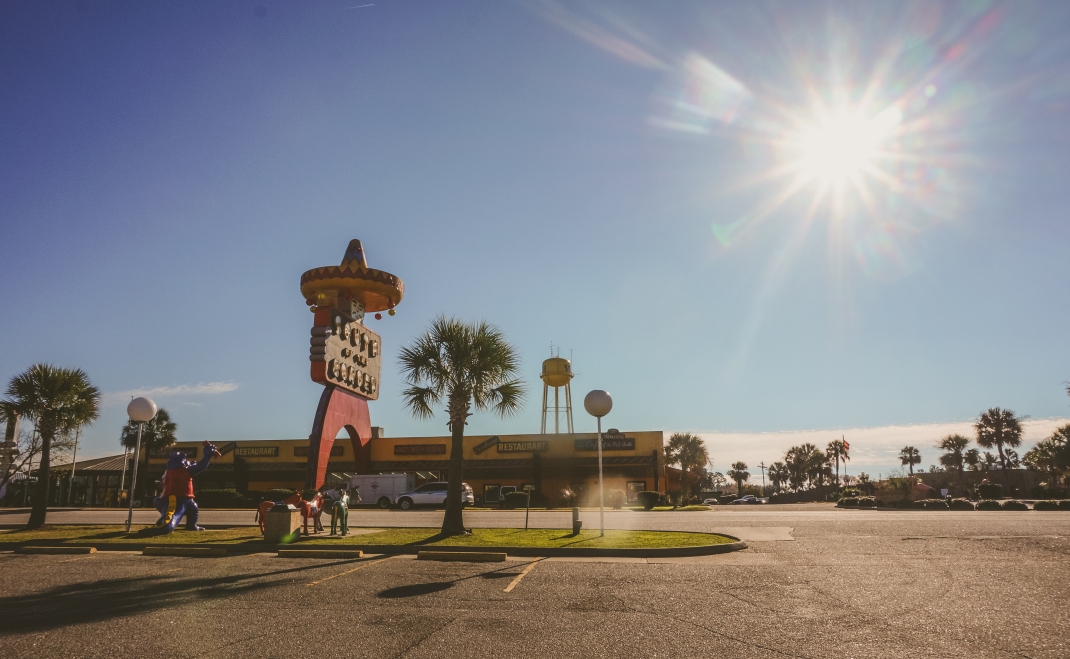 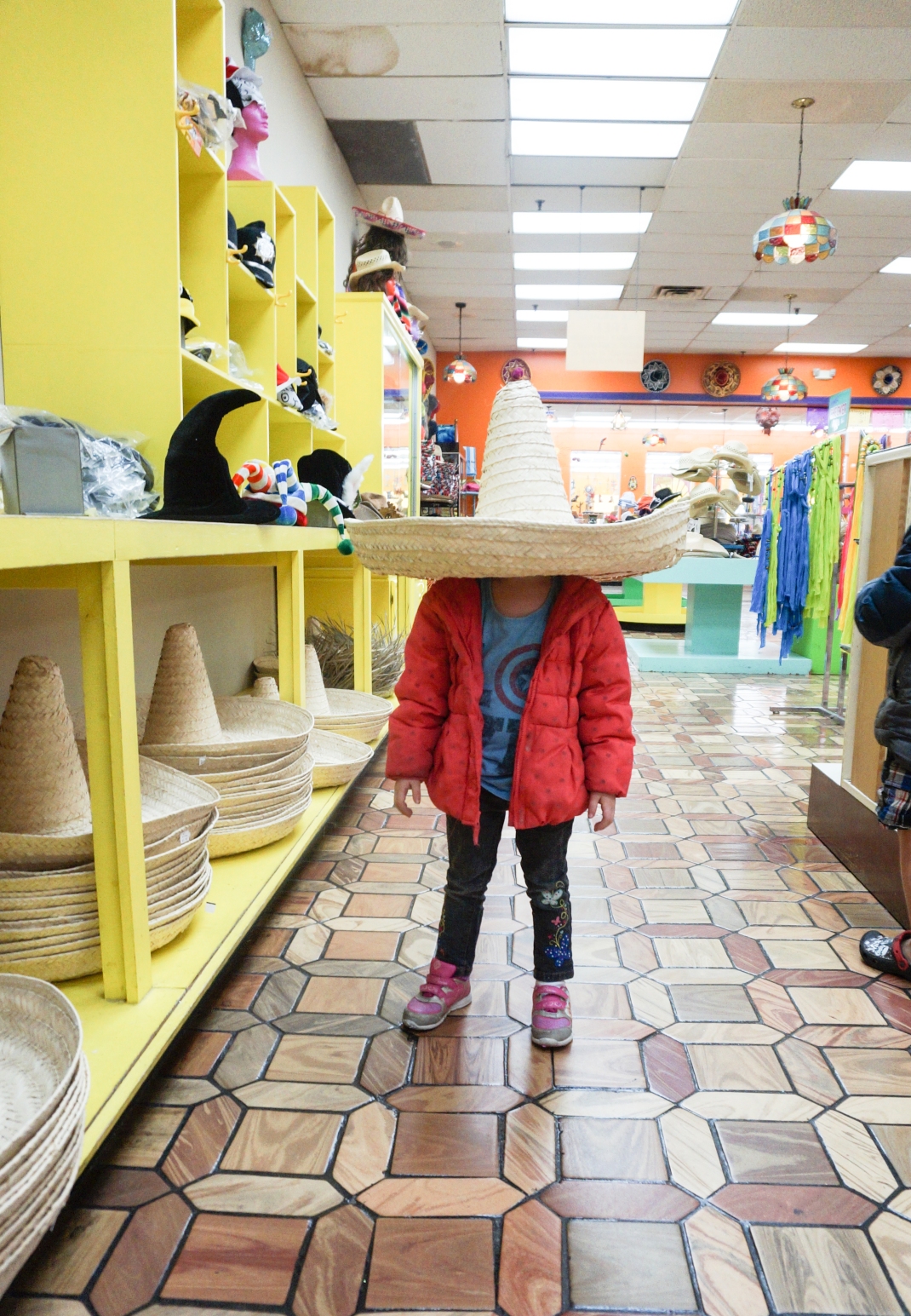 It was the sort of conversation that I imagine, and hope to one day have, with my own children, when they’re old enough, when we’re all ready.

I went to sleep, glad enough for such an evening that even Disney World wasn’t necessary to make this trip one worth remembering.

The next day, the children and Vinnie and I went out for a picnic at a local park. 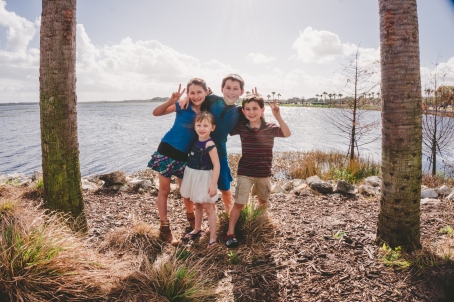 And, there, I let go of whatever else was in me that was tying me to this feeling of not deserving rest, of not needing this time.

This is a short moment in my life, one where my children are still young enough to be in the state of awe and wonder over the enormity of a world made just for their enjoyment. A world where they can be eating pancakes with whipped cream and have Mary Poppins or the Mad Hatter come over and want to chat at their table.

It’s a world where they can learn about things that we haven’t even begun to cover in homeschool – Alex and Lila each took turns designing and then riding on their own virtual reality roller coasters – Asher and I planned out an ideal vacation in a future world, after traveling through a journey about the history of human advancement from the Phoenicians to modern day.

It was a trip that gave me back my sense of wonder. I stood in the streets of Hollywood studios, just stood. People moved around me, life, music, energy pulsing, everywhere. But I simply stood. 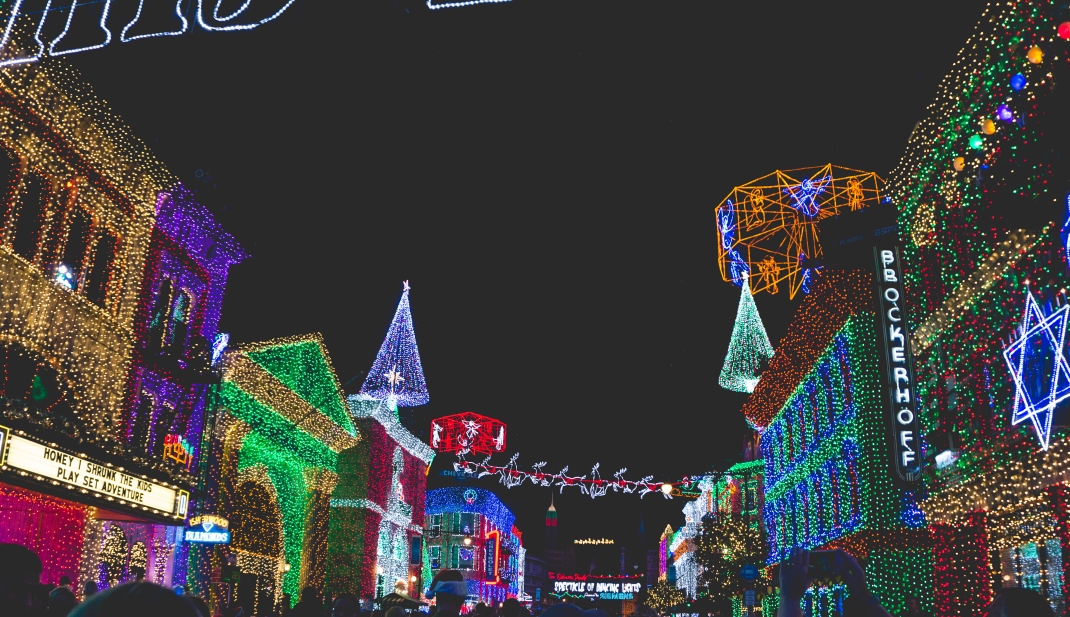 I saw the world as though I was little again.

In the glow of dancing lights, everything seems possible.

The past eight months have been us, becoming who we are as a family, almost all over again.

And this, this is it. 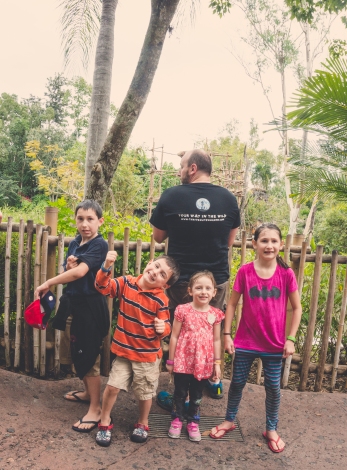 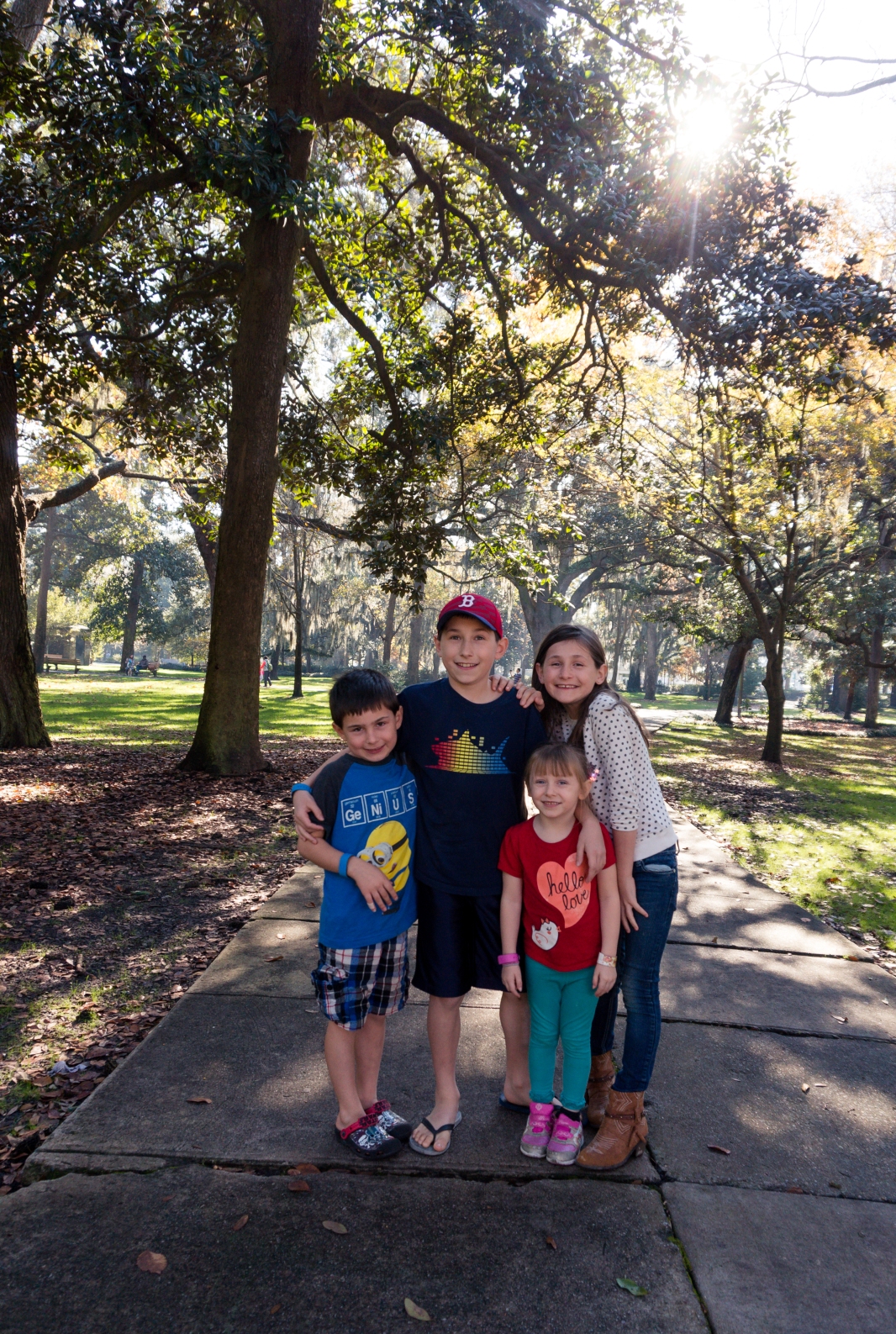 But, after this year of change, I’m learning that we are a family who loves without questioning, without wanting anything in return. And we are a family who travels together,  because we love the thrill of a good roller coaster, but also because we all appreciate the joys that we might find on the side of the road, in the most unassuming of places.

A friend told me recently, she will always put value on experiences, even if they seem out of budget or extravagant.

Because, memories can’t be saved for later.

The memories of tomorrow, happen today.

They happen down the long (long, long, LONG) stretch of Interstate 95. They happen in Disney World. They happen in a kitchen in Florida with a counter of half-filled plastic cups and your mom and dad, chatting until two in the morning.

They happen in New York City, when friends take you out to see the sights of NYC at Christmas.

And when your sister takes you in, at a moment’s notice, to share dinner and football and the longest game of UNO (ever).

They happen in my kitchen, this week, as my children come to my side to help with the baking of our annual cookie boxes, as we scramble to catch up from our vacation-away during Christmastime.

In the end, the memories we make are a compilation of the choices we make and the roads that we take.

And I want to take as many roads, long and short, with these people as I can.  (Which is good because, we still have no idea where the next one will take us.)